To say it has been a long time since I’ve blogged is an understatement. Between being in my final semester of graduate school (which starts back on Monday), stressing about jobs, money, and my future, and fitting in time with my boyfriend and my cat, there hasn’t been time for much else. However, as usual, this blog/writing has been in the back of my mind. So, here I am. 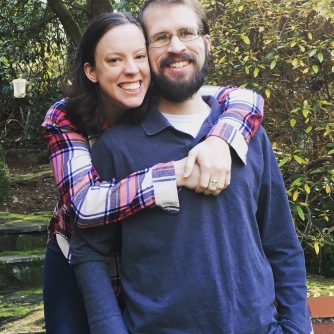 When I first began my MSW (Master’s in Social Work) program in August of 2014, I thought I knew what I was in for. I thought I knew the population I wanted to work with. I thought I had the hard parts figured out already. However, I’m beginning to realize that starting my MSW program was just the start. As it turns out, the hard decisions have yet to be made. People ask what population do you want to work with and what kind of work do you gravitate towards within social work…and my expression is completely blank. Because you know what? I don’t know. I don’t know, and that’s scaring me.

As part of my MSW program, each year students are required to complete an internship/field placement for each of the two years of the program. During my first year, I began by interning with an organization that works with individuals with disabilities. However, after a big personality clash between my supervisor and I, I made a quick switch after a few weeks. I then interned for the rest of the year at an adult day health center for individuals with dementia. While I enjoyed that, the pace was somewhat slow for my taste and I didn’t really like working with the elderly population, so I knew that during my second year, I wanted to do something completely different. Therefore, this year, my field placement has been in the case management department of a local hospital. While I enjoyed it at first and I’m able to do the work, I’ve recently realized that it’s not where I want to work following graduation.

Here’s what I do know as of now: I’m interested in mental health (but don’t have any experience with it), I’m interested in disabilities (but know that I want to directly work with clients as opposed to doing a lot of behind the scenes work) and I want to do clinical work. I also know that I love working with kids, but don’t necessarily know if I’d like working with them in a mental health capacity.

And here’s where all the frustration comes in. While I realize that it is just as good to know where you don’t want to work as well as where you do, I thought I’d have a better idea at this point. I thought I’d have it figured out, and I don’t. I thought graduate school would help me figure out what the hell I want to do with my life, but it hasn’t. Other than knowing I want to be a social worker, obviously. Which is good, I guess. But it doesn’t feel like enough.

I’m hoping that I have a better idea of what direction I want to move in following graduation, but what if don’t? What if I’m just as clueless then as I am now? The hard part is that I know I’ll need to get a job following graduation in order to pay for rent, bills, and living. At the same time, I’m just as scared to take a job working with a population I don’t have experience working with. To be honest, that terrifies me….to get in a job and realize the learning curve is way more than I bargained for. Therefore, the obvious result would be to take a job in an area of social work that I already have worked in (like in gerentology or the hospital)…except for the fact that I know I don’t enjoy working with those populations/in those settings. Agh! I’m frustrated, to say the least.

Thankfully, I’ve been able to talk to multiple people about all this. And all of them have told me that it’ll all work out and that I’ll find a job. However, what many of them have also said that it may not be a job I really like right out of graduate school. And I guess that’s what’s so hard. The uncertainty. The not knowing where I’ll be working. And the likelihood that even once I find a job, I might not even like it. How crappy is that? I thought the whole point of going to graduate school was so that I could work in a field I love and enjoy going to work every day?

And when I get in this kind of funk, the ever looming question emerges: Am I cut out for this work…Do I really even want to be a social worker? At this point, I know one thing: I know I want to help people. I want to help people more than anything in the world. And hopefully, when the time comes and I’m sweating my way through all sorts of job interviews, that will be enough.

© Trailblazing 2019. Unauthorized use and/or duplication of this material from trailblazingwithcp is strictly prohibited. Excerpts and links may be used, provided that full and clear credit is given to Trailblazing with appropriate and specific link to the original content.